Well, it's been almost three weeks since our last book club meeting. At the time of the meeting, I hadn't actually finished the book, but I finally reached the end last week, so here's the delayed post!

I hosted this past month and went with a "breakfast for dinner" theme. I love brunch foods, and they are easy to prep ahead and then bake or cook right before guests arrive. Plus, even if I couldn't drink mimosas, I was happy to serve them! 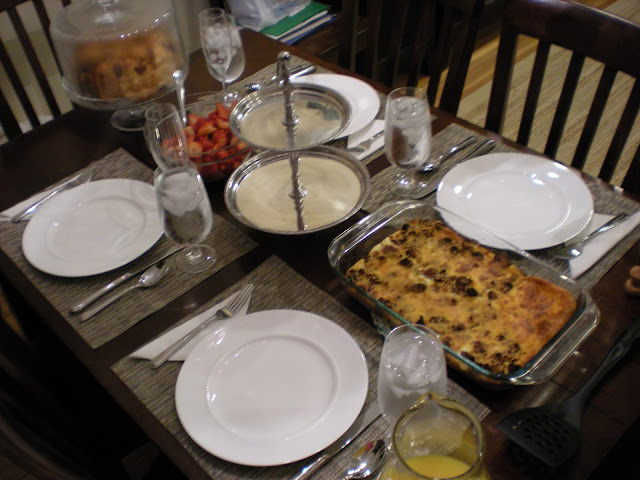 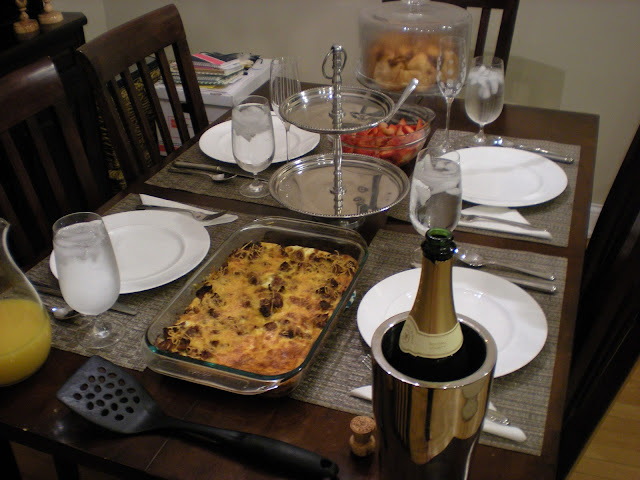 Place in a cold oven overnight. Remove and heat oven to 325 degrees. Bake for 30 minutes. Let rolls sit for 2 minutes and serve inverted on plate. 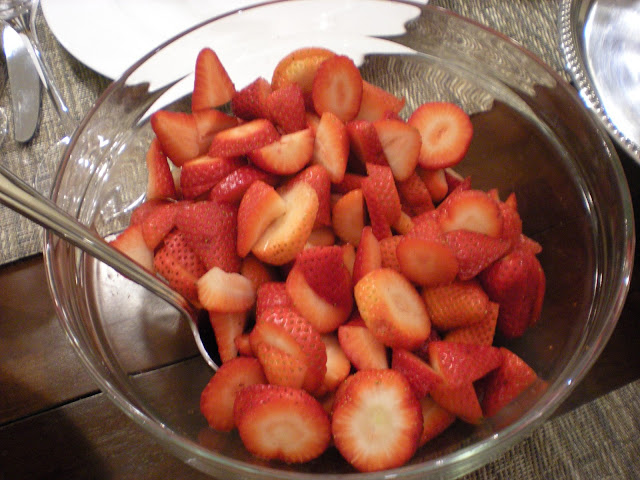 We discussed Plague Tales this time around. This book moved back and forth between two different times and places, each with its own set of conflicts surrounding an outbreak of the plague. Some of us enjoyed the sections dedicated to the "past" and some to the "future" (though technically the book was written in 1997 so the "future" section took place in 2005). Though some of the language was a bit cheesy and plot twists were a bit convenient at times, the group felt the overall story was entertaining and easy to read.

I especially liked the last hundred pages or so, mainly because the action moves more quickly in that part of the book and the chapters are shorter so the shifts between times come more often. It felt like the plot moves forward a lot more at that point, while earlier in the book, it sometimes dragged for me. In the end, though there isn't a huge revelation, the connection between the two time periods also becomes more clear. This pick was definitely more plot-driven than other books we've read, which made for a fun read.

For next month (meaning this month—ha!), we'll be reading Room by Emma Donoghue.


Amazon.com Review:
Amazon Best of the Month, September 2010: In many ways, Jack is a typical 5-year-old. He likes to read books, watch TV, and play games with his Ma. But Jack is different in a big way--he has lived his entire life in a single room, sharing the tiny space with only his mother and an unnerving nighttime visitor known as Old Nick. For Jack, Room is the only world he knows, but for Ma, it is a prison in which she has tried to craft a normal life for her son. When their insular world suddenly expands beyond the confines of their four walls, the consequences are piercing and extraordinary. Despite its profoundly disturbing premise, Emma Donoghue's Room is rife with moments of hope and beauty, and the dogged determination to live, even in the most desolate circumstances. A stunning and original novel of survival in captivity, readers who enter Room will leave staggered, as though, like Jack, they are seeing the world for the very first time.
Posted by Melissa at 5:11 PM